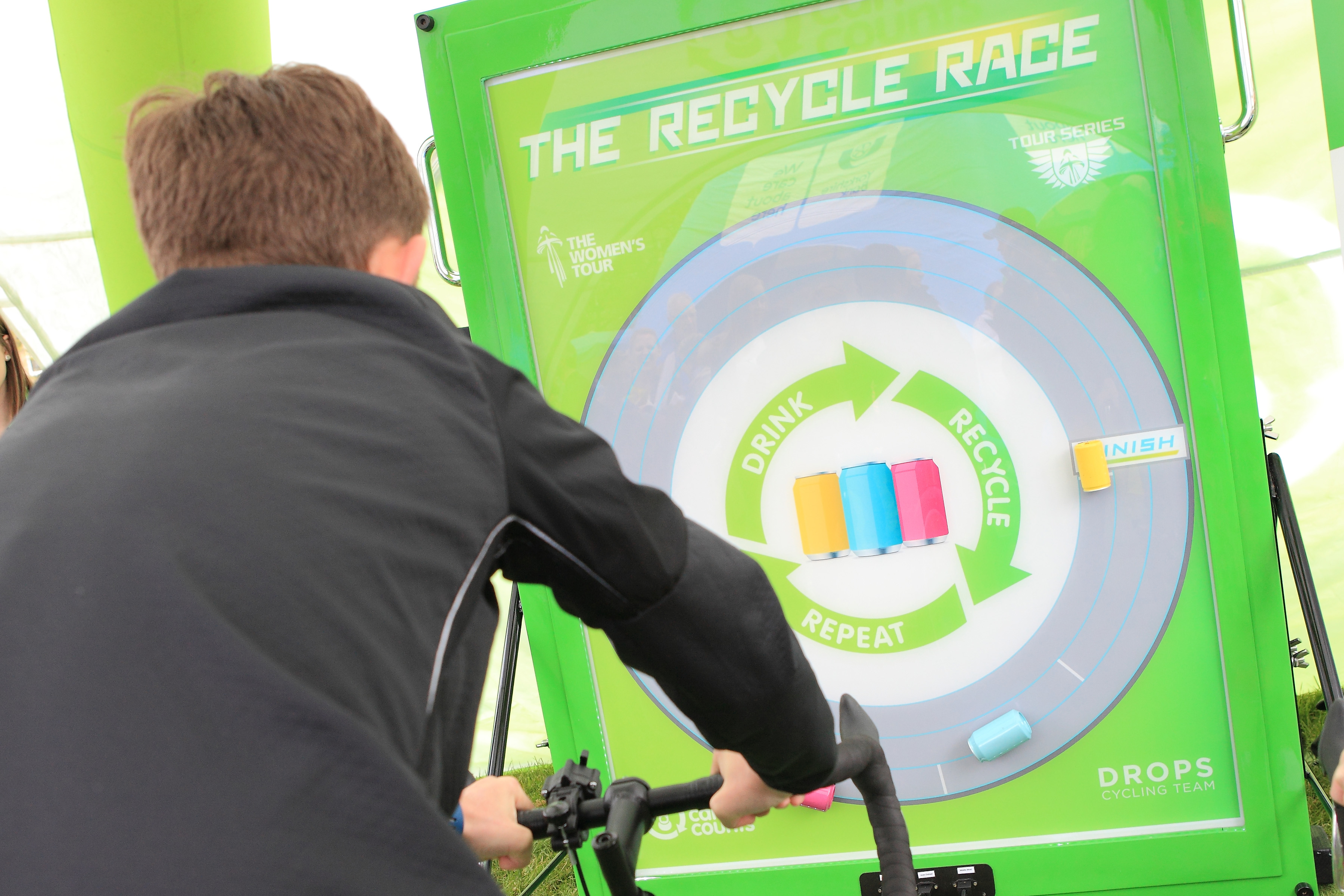 Alupro programme Every Can Counts and Drops Cycling Team are teaming up at major UK cycling races during the 2017 season to engage with the public about the importance of recycling drink cans.

Every Can Counts is sponsoring Drops Cycling Team as part of its programme to maximise the recycling of drink cans used by people ‘on the go’.   Starting with the Tour de Yorkshire (29th April), cycling enthusiasts and race spectators will be able to take part in an interactive game called ‘The Recycle Race.’

The aim of the Every Can Counts activity is to race against friends and family around an “endless” recycling loop track. The game promotes the message that the drink can you recycle today could be recycled back into another can in just 60 days, and that metal is endlessly recyclable.

The Every Can Counts team will be running the Recycle Race activity at the following locations across the UK.

Recycling ambassadors from Every Can Counts will be at these races to meet with members of the public to discuss recycling as they enjoy the ‘Recycle Race’ game, with the opportunity to win prizes including a bike made from recycled aluminium drink cans.

The Drops Cycling Team is a UCI*-registered women’s cycling team and the team consists of 16 riders from Great Britain and across the world.

Drops Director Tom Varney says: “The Every Can Counts initiative, and recycling in general, has many synergies with cycling and we’re excited to have the Every Can Counts cycling interactive activity at the Tour de Yorkshire, Tour Series and Women’s Tour this year. I think the Recycle Race will be really popular with the public and encourage people to recycle more.”

Every Can Counts and Alupro Executive Director, Rick Hindley says: “The partnership with Drops gives us a great opportunity to reach a large and growing audience who, through their enthusiasm for cycling, also care about the environment. The Recycle Race is a brand new interactive activity specifically designed for cycling events. Our aim is to make recycling fun whilst motivating people to recycle when out and about.”

Every Can Counts is supported by drink can manufacturers, aluminium packaging recyclers and leading brands and aims to enable and encourage drinks can recycling in all environments. This includes workplaces, universities and colleges, events such as music festivals – or when watching a cycling race!  www.everycancounts.co.uk.