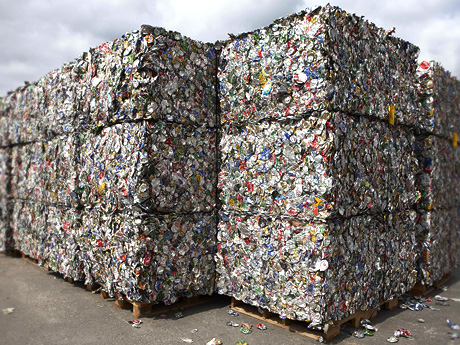 Alupro study into ‘real’ recycling rate for aluminium packaging in 2015 reveals over 10,000 tonnes of unreported material.

According to packaging waste recovery data recently released by the Environment Agency the “business” recycling rate for all aluminium packaging exceeded its 2015 target (49%), reaching 76,027 tonnes*.

However research conducted to determine how much aluminium packaging is reprocessed or exported, beyond that reported by reprocessors/exporters accredited  to issue packaging recycling notes (PRNs), revealed at least 10,000 tonnes of qualifying used aluminium packaging did not go through the PRN system in 2015. This means that an estimated 86,200 tonnes was actually collected for recycling, equating to an overall 55% recycling rate for 2015. The study was commissioned by Alupro and undertaken by independent environmental consultancy, Resource Futures.

The ‘real’ 2015 recycling rates announced by Alupro are based on the methodology outlined in the EU’s Circular Economy package proposals. This removes the aluminium where, by weight it forms a minor part of laminate and composite packaging, from the total aluminium put on the market.

Executive Director of Alupro, Rick Hindley, says: “Our research clearly demonstrates the need to encourage more reprocessors to become accredited to ensure that the PRN system provides an accurate record of recycling performance. It sets a clear benchmark for our sector and we will use our findings to focus on what needs to be done to meet the ambitious new material recovery targets proposed under the EU Circular Economy package.  It is also vital that the measurement system we use in the UK for calculating recycling performance is aligned to the methodology used throughout Europe.”

Rick Hindley adds: “Meeting ambitious EU recycling targets and making the circular economy a reality is the responsibility of the entire supply chain, and will require long-term commitment and involvement throughout the materials sector.  Programmes like MetalMatters and Every Can Counts are helping to educate consumers and make recycling part of everyday life, and will continue to be key elements in our industry’s ‘roadmap’ to 2025. Our successes to date show that partnerships work and Alupro programmes are making a major contribution to delivering lasting and positive behaviour change, and increasing the recycling rate of aluminium packaging. ”

Alupro project manages several programmes funded by metal packaging manufacturers, reprocessors and leading brands which the industry believes are making a vital contribution towards encouraging people to recycle more. MetalMatters focuses on improving metal capture rates in local authority recycling schemes; whilst Every Can Counts supports organisations wanting to enable people to recycle the beverage cans used outside the home.