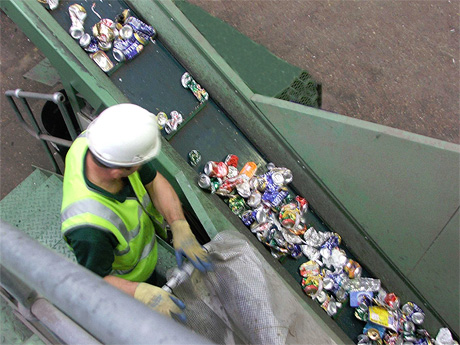 “Aluminium packaging recycling has made a strong start to 2013, with provisional data released by Defra showing sales of Packaging Waste Recovery Notes (PRNs) in the first three months of the year exceeding the same period last year by 500 tonnes.

Aluminium packaging has an increased recycling target of 43% in 2013, and thereafter must achieve a 3% increase year on year, reaching 55% in 2017, under targets set by the Government in 2012.

The underlying growth is in the ‘100% packaging’ category, which points to the impact of industry campaigns to expand the recycling collection infrastructure for aluminium packaging, and raising householders’ awareness of what can be recycled.  Material counted under the aluminium packaging protocol shows a decline, however two reprocessors had not reported data at the time the provisional figures were published.

One possible explanation for the decline in protocol material is the fall in the number of accredited reprocessors under the Packaging Waste Regulations, meaning some material collected for recycling is not actually being counted towards national recycling performance.  This is an issue that continues to cause Alupro, and particularly its reprocessor and exporter members, considerable concern.

Although we are only a quarter of the way through the year the Q1 figures put us on course to meet our 2013 target, and is encouraging when other figures for other materials have fallen short of requirements.”

Alupro: Looking ahead to another busy year