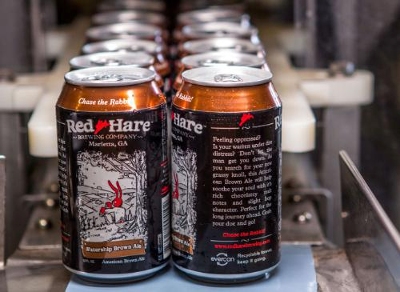 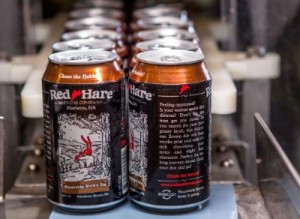 Red Hare Brewing Company‘s craft beer packaged exclusively in cans made of Novelis’ evercan aluminium sheet, which is made of a guaranteed minimum 90 percent recycled content, is expected to be on store shelves beginning in May 2014 in key markets throughout the south eastern U.S.

“This introduction marks the commercial availability of the world’s first certified high-recycled content aluminium beverage can,” said Phil Martens, President and Chief Executive Officer for Novelis. “Working with Red Hare, we have developed a proven supply chain to deliver this industry-first offering to consumers, setting an example that other beverage companies are sure to follow.”

“Novelis’ evercan is a perfect fit for Red Hare,” noted Roger Davis, founder and CEO of Red Hare Brewing Company. “The independent certification of the closed-loop recycling process behind evercan strengthens our commitment to employing the best in sustainable business practices, making evercan a natural extension of the Red Hare brand.”

Red Hare Brewing Company, one of the fastest-growing micro-breweries in the U.S., selected Novelis’ evercan aluminium as part of its commitment aimed at reducing the company’s environmental footprint, while preserving the freshness and enhancing the taste of its finely crafted beer.  Nearly 400 craft brewers in nearly every state in the U.S. are canning more than 1,300 different beers.