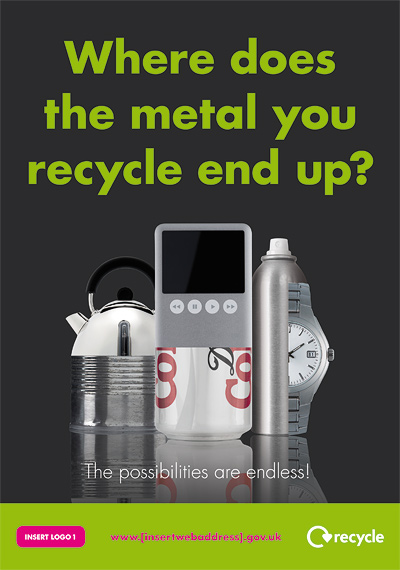 MetalMatters, the metal packaging industry’s kerbside recycling improvement programme, has followed up its initial promise and delivered unprecedented success in 2012. The programme has reached 1.9 million households across 31 local authorities and significantly increased the metals capture rate in each campaign.

The results, based on analysis of four MetalMatters campaigns that concluded in 2012, also show that the programme has helped expand the range of metals collected at the kerbside, with 13 of the partner local authorities expanding their recycling schemes to include foil trays, household foil, aerosols and metal caps and closures.

A key success of MetalMatters has been its development of a model that is cost effective for individual local authorities and waste partnerships. For example, across the 12 districts of the Kent Waste Partnership the campaign cost per household was 19p, and in Portsmouth the revenue generated by the additional metals captured will recover the financial outlay within 12 months.

In addition, MetalMatters has also proved that well targeted and tailored communications campaigns resonate with the public and have a positive impact on behaviour patterns. In Aberdeen City and Aberdeenshire, for example, post-campaign attitudinal research of over 1,200 residents revealed that approximatelyhalf remembered seeing or hearing advertising about recycling up to four months following the main campaign period. Aberdeen City Council also reported an increase of 14 per cent in the level of metal in dry recycling collections, despite a reduction in waste arisings.

Central to the achievements of MetalMatters has been the partnerships that have been established. In addition to working with the UK’s leading producers, users and recyclers of metal packaging, MetalMatters has also attracted stakeholders such as the Department of Environment in Northern Ireland and Zero Waste Scotland. The programme has also attracted the attention of senior politicians, receiving a vote of confidence from Minister of Resources, Lord de Mauley, who has cited the programme as a model of best practice.

Rick Hindley, executive director of MetalMatters programme managers Alupro, said: “MetalMatters’ achievements to date are impressive and testament to the commitment of all involved, from the people on the ground who delivered the campaigns day-to-day, to our industry funding partners who have committed significant investment in the programme. Our plans for MetalMatters were shaped by the 2010 pilot scheme, which produced hard evidence to show that the industry’s approach resulted in demonstrable successes.  After a year of refining the programme to suit a range of local collection systems and circumstances, and building on our experiences, I am delighted that MetalMatters continues to deliver a strong return on investment. It makes a difference within local communities and drives up local recycling rates.”

“We have big plans for the year ahead and firmly believe the continual growth of the programme lies within widening our network of stakeholders. We would encourage more waste management companies, waste partnerships and local authorities to become involved with MetalMatters.”

Full details of the 2012 MetalMatters programmes and individual case studies are available online at www.metalmatters.org.uk.