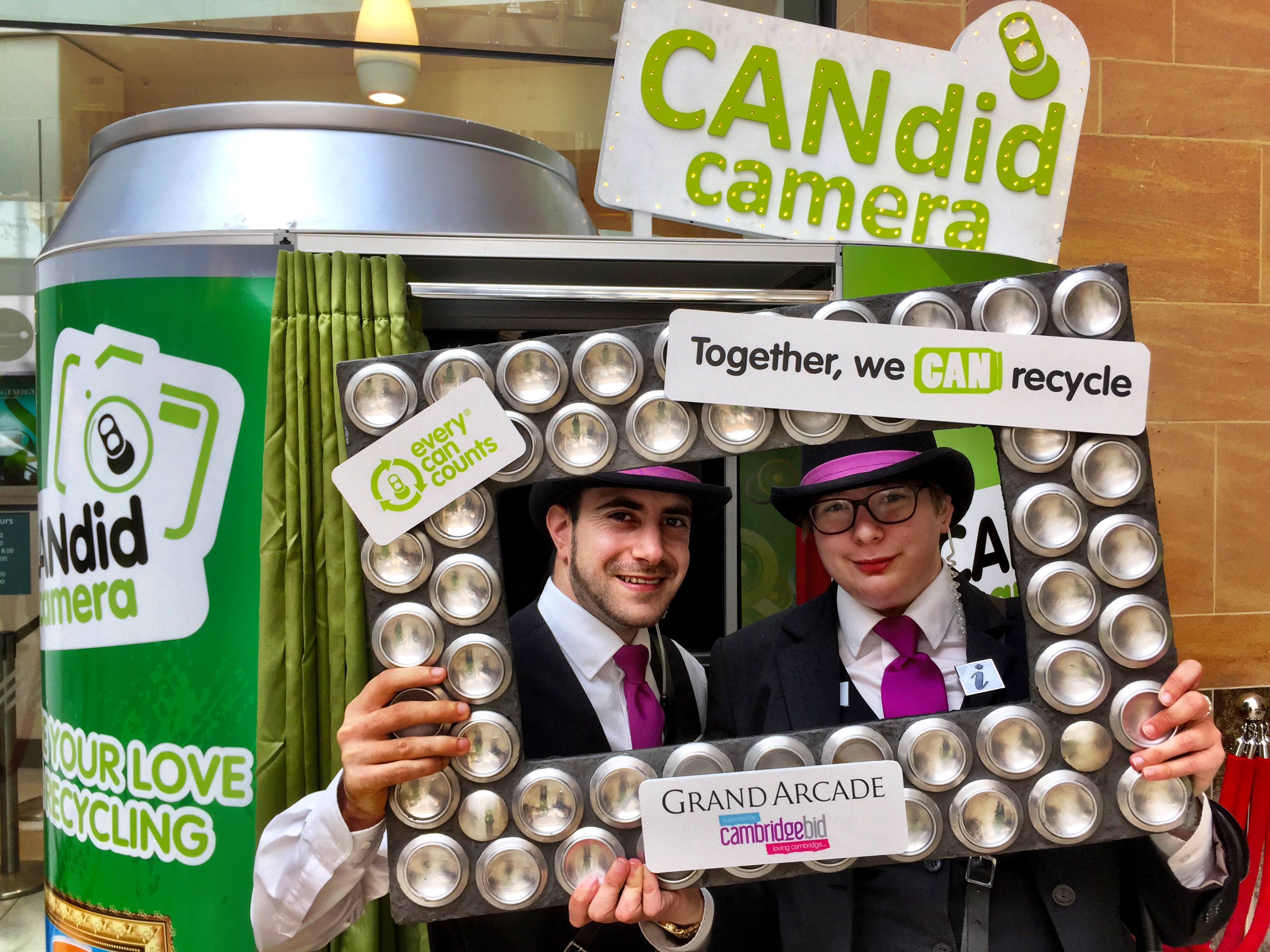 Shops and businesses based in the Grand Arcade Cambridge are making a difference, as part of a new canny recycling initiative.

All of the 58 premium retail centre’s shops and its 670 staff are now part of the Every Can Counts recycling scheme, which aims to ensure more drinks cans are recycled rather than sent to landfill.

Recycling points have been rolled out across the 58 retail units within the shopping centre and in the centre management suite, service corridors and staff rooms of the Grand Arcade.

It is expected that the centre could recycle as many as 2,000 cans a month, which over a year would save the equivalent energy for running a fridge for 1,000 days, or boiling a kettle 72,000 times.

Stacked end-to-end the recycled cans would tower above the Grand Arcade at 2,760 metres high, the equivalent of nine Eiffel Towers, or 17 Blackpool Towers.

Every Can Counts is now looking to encourage even more businesses to opt into the free to use scheme.

John O’Shea, general manager of Grand Arcade Cambridge, said: “By increasing the number of can recycling points available to staff across the Grand Arcade, we expect to recycle at least 24,000 cans in the first 12 months.”

“We’re extremely pleased to be working with Every Can Counts and Cambridge Business Improvement District (BID) on this exciting new initiative. With drinks cans being endlessly recyclable and each recycled can saving enough energy to power a TV for three hours it makes sense to have a recycling programme in place.”

Amy Billingham, programme manager from Every Can Counts, said: “The Grand Arcade has provided us with a great opportunity to really make a difference in Cambridge. We are now keen to engage with as many businesses in and around the local area as possible. Whether organisations already have their own recycling in place and are looking for help promoting it, or for those looking to start a new recycling scheme from scratch we’re here to help.

“Not only does it make sense from an environmental standpoint, but by setting up an effective waste management process businesses can actually reduce costs.”

Jason Buckley, Operations Manager for Cambridge BID said:  “We’re proud to be part of this initiative to encourage more people in Cambridge to recycle their cans.  Everyone knows that recycling makes sense, in terms of saving energy and natural resources, and  Cambridge BID is committed to developing projects that will help to reduce CO2 emissions and support a green and sustainable city centre”.

All of the drinks cans collected will be processed and recycled by Cambridgeshire-based Amey Cespa.

Coca-Cola Enterprises makes sure Every Can Counts on its ‘Happiness Pod’...