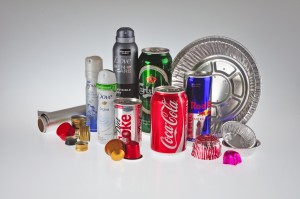 With the Q4/2013 PRN results published, the Aluminium Packaging Recycling Organisation (ALUPRO) is pleased the aluminium packaging sector has surpassed its recycling goal for 2013, recovering 70,788 tonnes of aluminium, up 7,928 tonnes or 12.6% on 2012.The organisation, which represents the leading aluminium packaging producers, reprocessors, foil converters, can makers, fillers and brand owners in the UK is carrying this optimism forward into 2014 confident of rising to the challenge of a 46% aluminium packaging recycling target.

However, despite achieving 2013’s  goal, lower  Q4 figures – 13,981 tonnes versus the 18,935 tonne average recorded for Quarters 1 to 3– indicates some reprocessors / exporters are choosing not to report tonnage figures, the result of receiving  less than  £5/tonne PRN value, which does not provide a significant enough incentive once targets have been met.

Alupro highlights it’s  concern that the low Q4 PRN value, which has already lead directly to a fall in  the number of reprocessors/exporters choosing to become accredited in 2014. means that a significant volume of  aluminium packaging which is collected for recycling will not be counted towards the 2014 recycling rate.

The PRN system is demonstrating the achievement of targets but is failing as a mechanism to measure “true” recycling performance.

Speaking about the 2013 results, Rick Hindley, Executive Director, Alupro said: “The aluminium packaging industry is delighted that it has exceeded  its target for 2013 as it supports the efforts the sector is undertaking to ensure this valuable material [Aluminium] is recovered. Last year’s success is a good indicator that 2014’s higher target can be met, or even exceeded, which is great news for the sector, the environment and for the many campaigns and programmes Alupro runs that encourages the recycling of Aluminium.

“The Q4 figures, however, should be of concern, showing the PRN measurement system needs examining if it is to work in encouraging reprocessors and exporters to report their tonnage figures, especially if future and ever higher recycling targets are to be met. The system is ‘malfunctioning’ as companies producing and placing packaging onto the market are legally obligated to part of the system but recyclers and exporters of packaging are not!”

Kerbside First for Alupro as new “Leave Your Cap On” Recycling campaigns...

Winners announced in the Alu D&T Challenge
Scroll to top