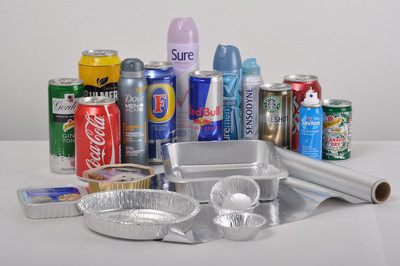 Alupro (Aluminium  Packaging Recycling Organisation), has welcomed the opportunity to comment on Defra’s Review of Producer Responsibility Schemes, supporting in general its objectives, however, it has highlighted a number of areas of concern and seeks further discussion and clarification.

In particular Alupro is keen to pursue discussions on Positive Value Waste Streams, in respect of aluminium packaging, with its Executive Director, Rick Hindley stating: “Used aluminium packaging has by far the highest value of any domestically collected recyclable material, typically between £800 and £1,000 per tonne. With such a high inherent scrap value, the PRN revenue is largely ineffective with only a limited impact on collection; currently PRN prices are between £5 and £10 per tonne.

“The only justification therefore for including aluminium in the PRN system is to facilitate the counting of the volume of material collected for recycling. In reality, because there is no legal obligation on reprocessors and exporters to become accredited and PRN values are insignificant compared to the intrinsic value of the material, the “counting system” is imperfect and significant volumes of material collected for recycling are not captured and reported through the PRN system.

“The proposals included in this paper (issue 16), if adopted, relating to the accreditation of reprocessors linking the process to the existing permitting system for the treatment of waste, provides an alternative option at minimal cost and substantially reduced administrative burden. If this became mandatory and included the reporting of the relevant data it would prove to be a much more accurate and a lower cost “counting system” achieving the governments’ declared objectives:

In addition, Rick Hindley raises concern with regards to the Approvals Process outlined in the document, stating: “After consultation with our reprocessor/exporter group, we fully support the government’s proposals to streamline the application process for both domestic reprocessors and exporters (option 1). Then with a view to ultimately removing the application process entirely (option 2) as the latter will deliver some cost savings over the current system as well as establish a robust, low-cost counting system that would allow accurate reporting of recycling performance with respect to aluminium. “Option 2” also allows for a tiered approach to subsistence charges to reflect small, medium and large operators based on tonnage, which is something Alupro has campaigned on for many years and provides that vital incentive for more evidence to be issued.”

Rick concluded: “The proposals in the main are a step in the right direction, but Alupro is seeking to work with government to fully evaluate how the proposals could be implemented at the earliest opportunity, both to improve accuracy of reporting and to deliver significant reductions in costs and administrative burdens for businesses.”