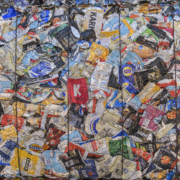 Earlier today (29 April), the Environment, Climate Change and Land Reform Committee voted through Scotland’s proposed introduction of a national deposit return scheme (DRS). The regulations will now be subject to a vote in the Scottish Parliament, after which the scheme will become law.

In comment, Rick Hindley, executive director at Alupro, said: “While we are obviously disappointed that the scheme has been voted through in its current format, we were hugely encouraged by the clear concerns raised again by the Committee regarding the adverse impact of rolling-out a flat 20p deposit fee.

“We believe that the Scottish Government has buried its head in the sand with the proposed DRS, by failing to consider the valuable views of its constituents, its own Environment Committee and the packaging industry as a whole. With the real threat of unintended environmental and economic consequences, which could undermine the benefits of a well-designed scheme, the idea of a flat deposit fee is short sighted at best.

“It was, however, reassuring to hear the Cabinet Secretary’s acknowledgement of our concerns, as well as how the variable deposit could form part of a full review. Furthermore, the understanding that a variable deposit could be introduced via a negative statutory instrument was yet another positive take-out.

“A well-designed DRS could prove fundamental in tackling plastic pollution, increasing recycling rates, improving recyclate quality and minimising litter across Scotland. However, a flat deposit fee plays no part in a successful scheme and would result in a number of hugely negative implications.” 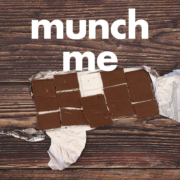 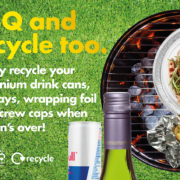 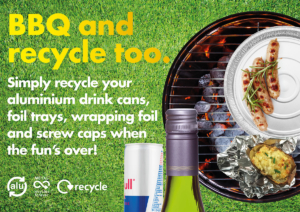 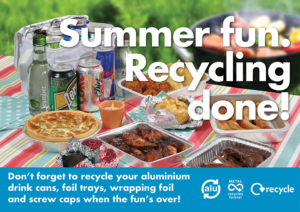 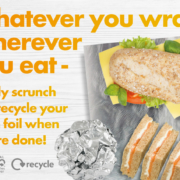 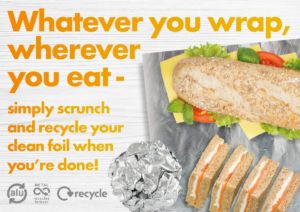 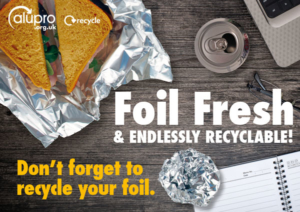 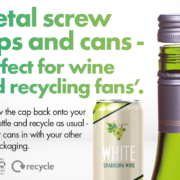 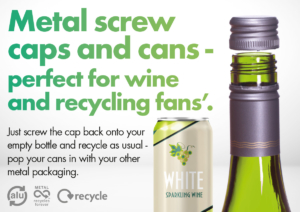 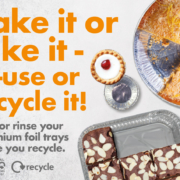 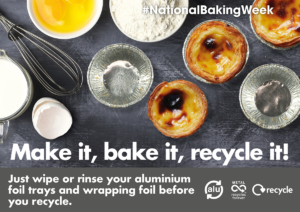 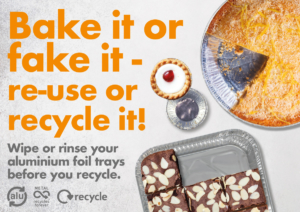 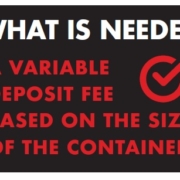 The Scottish Government has failed to consider the valuable views of its constituents, the packaging industry and its own Environment Committee regarding the planned introduction of a national deposit return scheme (DRS). That’s the serious concern of the Aluminium Packaging Recycling Organisation (Alupro), which is calling for MSPs to vote against the regulations, as they are currently drafted, at this week’s Environment, Climate Change and Land Reform Committee meeting (29 April).

Aiming to tackle plastic pollution, increase recycling rates, improve recyclate quality and minimise litter, Scotland’s DRS is expected to come into force in 2022. The scheme will see a deposit value added to the price of a beverage product in store, which will be refunded to the customer when empty packaging is returned to a designated collection point.

Under the proposed regulations, a flat deposit fee of 20p will be applied to all sizes of container. This could see customers charged an additional £4.80 upfront for a 24-can multipack, while only 80 pence for the same volume of drink packed in four large plastic bottles. In this scenario, independent research suggests* that two thirds of consumers would be likely to opt for larger plastic alternatives, resulting in the unnecessary production of c.82 m additional plastic bottles.

A Survation** poll, commissioned in February 2020 by Nature 2030 (an international coalition of businesses, politicians and activists working in cooperation to tackle environmental challenges), identified that Scots were fundamentally against this approach, with almost six-in-ten backing an alternative model in which the deposit level varies based on the size of the container they buy. Just 12% of respondents offered their support to a flat fee. All successful DRS schemes operating in the Nordics have a variable fee and even with small deposits the return rate is very high.

A number of leading industry bodies have also spoken out against the flat deposit fee, including the Metal Packaging Manufacturers Association, UK Can Makers and the Aluminium Packaging Recycling Organisation (Alupro), who have formally written to the first minister, members of the ECCLR Committee and Zero Waste Scotland to raise their concerns. However, the Scottish Government has seemingly ignored this collective feedback to date.

Rick Hindley, executive director at Alupro, commented: “While we are fully supportive of a well-designed DRS, we remain deeply apprehensive about a number of points outlined within the regulations in their current form. It is our primary concern that a flat deposit fee will unfairly distort the market and result in a tidal wave of unnecessary plastic bottles – a key issue that the scheme is fundamentally trying to solve.

“What’s more, the majority of consumers buy multipacks, and, at the point of purchase, these will become almost twice as expensive as the equivalent volume in plastic if a DRS is introduced with the same deposit fee. This would not only be a significant additional upfront cost for household budgets, but also result in more customers switching to plastic.

“Aluminium cans are a lightweight, valuable and infinitely recyclable material – the perfect example of a circular economy. In the UK, 75% of aluminium beverage cans are already collected and recycled every year, providing feedstock for new cans to be made. As aluminium cans are the world’s most recycled drinks package, replacing them with plastic alternatives would be a travesty, but unfortunately a real possibility if regulations are approved in their current format.

“To prevent this scenario, we suggest that the deposit amount should not be specified in the regulations and the scheme administrator should set the variable deposit fee based on the size of container, which is normal practice in other countries with high performing DRS systems. What’s more, we also believe that it would be prudent for the Scottish Government to allow itself greater flexibility and scope to react to the market after the covid-19 pandemic.

“It’s a tremendous shame that, despite the ECCLR supporting our call for a variable deposit, and for the scheme administrator to set the deposit, last time they reviewed the proposals, this has seemingly been ignored by the Scottish Government. In addition, some of the information the government has used to justify the proposal is both incorrect and misleading.

“We implore the Scottish Government to consider the hugely negative environmental consequences of approving the regulations in their current form and raise these concerns at the Environment, Climate Change and Land Reform Committee meeting later this week.”

To find out more about Alupro, or for more information about the environmental benefits of aluminium packaging, visit www.alupro.org.uk.

** Survey of 1,019 people, aged 16+ living in Scotland, on behalf of Nature 2030 (https://www.survation.com/support-in-scotland-for-a-wide-ranging-deposit-return-scheme/) 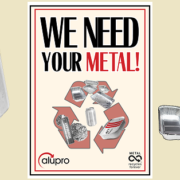 At a time when ‘normal’ life seems to have changed beyond all recognition, it is comforting to know that one thing is consistent.  Recycling may not be at the forefront of anybody’s mind right now, but we can assure you it remains as important as it’s ever been.

We have all seen the images, and many of us experienced first-hand the supermarket shelves standing starkly empty, devoid of many of the products we take for granted.  The suppliers of these products have been working at full capacity since the pandemic reached UK shores to ensure that we can all continue to be supplied with our essentials.  However, our favourite products don’t arrive in store ‘naked’, they need their packaging. Milk needs a bottle, beans need their tin and tonic water needs a can.

And, just as these products need their packaging, we need yours.

We need a constant supply of good quality, clean, dry metal to recycle, manufacture into new packaging and refill ready to be returned to you, containing your favourite products.    Metal packaging such as food and drink cans, foil trays, household wrapping foil, empty aerosols, sweet and biscuit tins and the metal caps from the tops of your glass jars and bottles.

Local councils and their collection crews are working tirelessly to ensure that recycling and waste collections continue as normal in the face of incredibly difficult circumstances. It’s estimated that over 90% of UK councils have so far been able to maintain their recycling service from households, which is excellent news for the recycling and packaging manufacturing industry.

Of course, as we all remain in our homes during this period of lockdown we are producing more waste than normal.   It’s estimated that in normal circumstances 25% of our meals would be consumed outside of the home and the resulting packaging and food waste generated would be handled outside of the home too.   This job now falls to us all.

Recycling metal has many benefits including energy, water and carbon emissions savings. However, whilst we await any changes in guidance from the Government regarding the pandemic, it is important to remain committed to recycling for another reason, to ensure the steady supply of material back to packaging manufacturers in order to continue the flow of material within the packaging loop.

On the bright side, getting into great recycling habits now will benefit all of us in the future and is a major step towards a more sustainable World when we finally return to our new version of ‘normal’.   Just please remember to recycle your metal packaging because WE WANT IT BACK!

To find out more about the different metal packaging that you can recycle please take a look here  https://alupro.org.uk/consumers/what-can-i-recycle/

Operating as part of the Italian Laminazione Sottile Group – one of the leading global suppliers of aluminium products – i2r is one of only 220 UK organisations to win a prestigious Queen’s Award for Enterprise. Announced today (Tuesday 21 April), i2r has been recognised for its excellence in international trade, which has seen the firm return outstanding year on year growth in the last three years.

Established as an environmentally responsible packaging company in 2007, i2r is currently in the third year of a 2018-2022 strategic plan. The firm’s key goals, objectives and vision include delivering new ‘eye-opening’ product ranges, diversifying into new geographical regions and market sectors, championing engineering innovation and to be the lowest cost manufacturer in its sector – all strategies designed to fulfil ambitious financial targets.

The company’s international focus for ongoing further growth is concentrated on countries where there is a desire for high-quality convenience foods, together with demographic similarities in terms of shopping and eating habits, population density and levels of income when compared to the UK market.

Commenting on their achievement, i2r’s commercial director, Jon West, said: “We are thrilled and privileged to have been recognised for international trade with a Queen’s Award. The achievement is testament to the collective and sustained effort from everyone here at i2r who has helped ensure that the business continues to be the unrivalled success story that it is today.”

Now in its 54th year, the Queen’s Awards for Enterprise are the most prestigious business awards in the country, with winning businesses able to use the esteemed Queen’s Awards emblem for the next five years.

i2r Packaging Solutions will celebrate its award during a royal reception for Queen’s Awards winners in the summer.