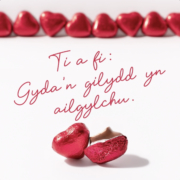 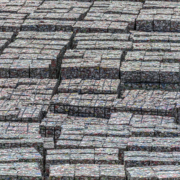 Provisional data published by the Environment Agency (10th January) has indicated that aluminium has exceeded the 2019 packaging recycling target of 112,200 tonnes (61%); the data reports 114,748 tonnes collected for recycling, an impressive 15% increase on 2018.

Due to be finalised in March 2020, the data indicates that Q4 was the strongest quarter of the year and the highest ever reported across the 12-month period with approximately 34,000 tonnes of aluminium packaging being recycled. This exceeds the target and is anticipated to provide a significant carry forward towards next year’s increased targets (61% in 2019 vs 64% in 2020).

Quarterly data released by the Environment Agency in 2019 consistently suggested that a significant volume of Packaging Recovery Notes (PRNs) were being raised but not issued. This resulted in inflated PRN prices, peaking at over £500 per tonne and undermining the credibility of aluminium as a material with enviable recycling credentials. The provisional data reinforces this position, indicating a surplus of at least 6,000 tonnes of recycled material over and above the target requirement.

Rick Hindley, Executive Director for Alupro said, “The data clearly demonstrates another impressive increase in the volumes of aluminium packaging collected and recycled – we anticipate that the final reported figure will be higher, which has been the case in previous years. It is excellent news that the target has been exceeded and the sustained growth of aluminium packaging recycling continues, but the data again clearly suggests that the aluminium PRN market has been distorted.

“The abnormally high PRN price has significantly impacted producers and once again brings into question the system itself. Aluminium is a sustainable material, yet the market distortion caused by organisations holding back PRNs in order to force prices to artificially high levels, undermines the aluminium packaging industry. We are eager to see what additional investment to support further increases in aluminium packaging recycling and collection will result from the hugely increased revenues received by some aluminium recyclers and exporters last year.”

Alupro is fully aligned with the Advisory Committee on Packaging’s (ACP) proposal for a Compliance Fee, which has garnered wide-spread support and could offer obligated businesses an alternative route to compliance whilst reforms of the producer responsibility system are pending. In addition, a joint industry letter was sent to Defra in December, highlighting the concerns shared across the retail food and drink manufacturers and packaging manufacturers, including British Retail Consortium and Food and Drink Federation, in relation to the negative impact of the enormous PRN price increases.

Notes to editors:
About Alupro (www.alupro.org.uk)
The Aluminium Packaging Recycling Organisation (Alupro) represents the leading aluminium packaging producers, reprocessors, converters, fillers and brand owners in the UK on issues relating to the recycling of aluminium packaging. Alupro manages several programmes which are making a vital contribution towards encouraging consumers to recycle more: MetalMatters focuses on improving metal capture rates in local authority recycling schemes, and Every Can Counts engages and enables people to recycle drink cans used outside the home.